Casey Voelz, Restorative Justice Guide Team Co-Chair, is starting her 3rd year as Principal of L. Frances Smith Elementary School. At Smith, she and members of her team, have attended Restorative Justice workshops, implemented aspects into their building, and developed conflict resolution practices that have helped students become successful when dealing with peer conflicts. Through her work on BCSC's Restorative Justice Team, she hopes to develop resources for the district to successfully combat racial discord in our schools by activating Restorative Justice practices.

I have worked for over 20 years in social service, youth development and educations programs promoting equity and access to justice. I also taught for four years in Indianapolis Public Schools (IPS). I currently work in the iGrad program at Ivy Tech Community College. iGrad is a unique program that is embedded within the high schools of Bartholomew County to work with students who need additional support such as coaching, mentoring and tutoring to achieve high school graduation and college or career readiness.

Denise Recarte is originally from Utah. She earned her Bachelor of Arts and teaching certification in English and Spanish from Utah State University. She moved here with her husband in 2001 and has raised her three children in the Hoosier state. Denise began her career in education as a Teaching Assistant working with English Language Learners while a student at USU. Since then, she has taught English to students of all ages as well as helped them understand and navigate the complex culture of the United States.

Denise earned her Masters of Arts in Foreign and Second Language Acquisition from Indiana University. She has lived in Spain and Uruguay and has international experience in both teaching and providing professional development to teachers in the field of English language acquisition.

Currently, as Director of English Language Learning in BCSC, she promotes cross-cultural understanding in all of her efforts. With the support of the BCSC administration, she opened the BCSC Cultural Learning Center with the objective of creating a welcoming environment for newly-arrived families as well as providing the BCSC and Columbus community a variety of cultural learning opportunities.

Andrea Behling, Diverse Curriculum Pre-K-12 Guide Team Co-Chair, is a Social Studies facilitator at CSA New Tech High School and has been teaching in the classroom for six years. Throughout her years of teaching, she is constantly exploring new ways to bring equity into her history curriculum, and adopt new ways of culturally responsive teaching to connect her content to all learners. She has facilitated Project-Based Learning workshops for Magnify Learning for four years. Through those workshops, Andrea works with school districts and individual teachers to use PBL as a method of providing equity and opportunity for all learners. Through her work with BCSC’s Diverse Curriculum Team, she hopes to help find and develop resources for the district to diversity curricula to meet the needs of and represent all students in the district. 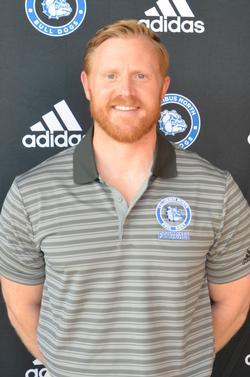 Trent Hillenburg, Diverse Curriculum Pre-K-12 Guide Team Co-Chair, is a Social Studies teacher and Dean of Students at Columbus East High School. He has been teaching in the classroom for sixteen years. He is a veteran presenter at the UDL Summer Institute. In this work, Trent has collaborated with teachers, directors, and administrators representing school districts and institutions from Maryland, Indiana, and California to improve opportunity and equity for all learners. Trent is compelled to help develop curricula that is engaging to all learners, adopt and promote ways of culturally responsive teaching, and re-frame the narratives of curricula so that they are both more accurate and equitable.